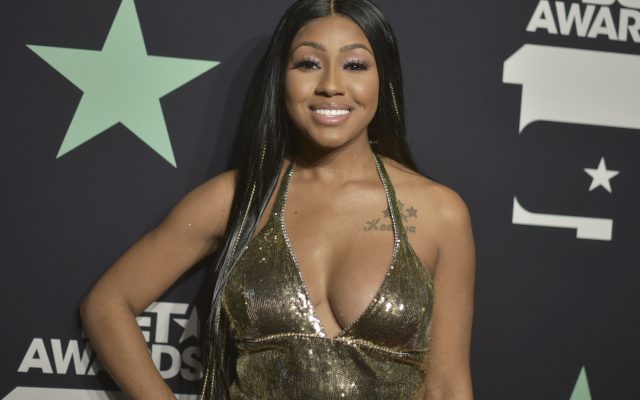 Yung Miami poses in the press room at the BET Awards on Sunday, June 23, 2019, at the Microsoft Theater in Los Angeles. (Photo by Richard Shotwell/Invision/AP)

If you’ve seen Caresha, Please, you know the City Girl, Yung Miami, doesn’t hold back. During a recent episode with guest Trina, Miami played her card game, “Resha Roulette.” The adult game requires participants to read out the adult scenario stated on each card after selecting one from a deck. If the scenario pertains to them, the participants then take a shot. Pulling a card, Miami was embarrassed by the scenario but shared it with Trina anyway,

Yung Miami admits she’s had a ‘golden shower’ and she enjoyed it. pic.twitter.com/HHCpMOaNj1

Miami took to Twitter to address the chatter saying,

Resha Roulette ain't for the weak 🫣

What do you think of Yung Miami’s admission?