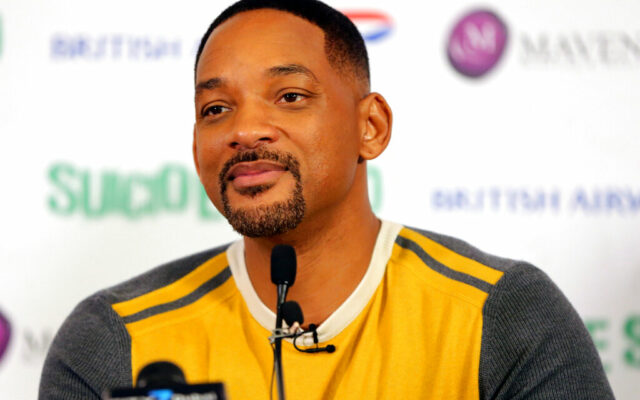 Will Smith listens to a question at a press conference in Dubai, United Arab Emirates, on Sunday, Aug. 7, 2016. The American actor is in Dubai to promote the film "Suicide Squad." (AP Photo/Adam Schreck)

After “The Slap” rapper and actor Will Smith is getting back to work.  The trailer for his upcoming period piece Emancipation has been released.

Inspired by a true story, an enslaved man embarks on a perilous journey to reunite with his family. #Emancipation, directed by Antoine Fuqua and starring Will Smith, premieres in theaters December 2, streaming on Apple TV+ December 9 pic.twitter.com/sSj4o2ajw1

In the film, Smith tells the true story of “Whipped Peter” a slave that joined the Union Army to escape slavery. When Peter received a medical exam, the pictures of the whip marks on his back made an indictment against slavery.

Emancipation will be released on December 2nd making it eligible for Oscar consideration. Will, on the other hand, has been banned from the Oscars for 10 years and he took it further by resigning from The Academy after his slap at Chris Rock.

What do you think of Will’s new film? Did you cancel Will after his slap at Chris Rock?

More about:
Will Smith