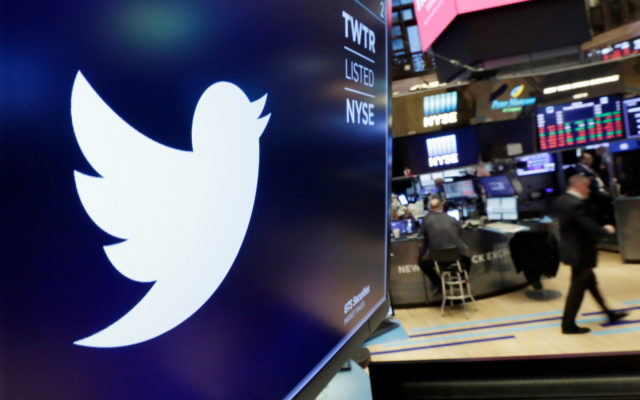 FILE - In this Feb. 8, 2018, file photo, the logo for Twitter is displayed above a trading post on the floor of the New York Stock Exchange. Twitter is imposing new rules, Friday, Oct. 9, 2020, ahead of the U.S. presidential election, prohibiting people, including candidates, from claiming an election win before it is called by either state election officials or two authoritative, national news outlets. (AP Photo/Richard Drew, File)

Twitter streamlines verification process for all users After more than 3 years, Twitter has revamped its verification process. Twitter had stopped giving out the ‘blue checks’ after White Nationalist Jason Kessler got approved and organized the ‘Unite the Right’ rally. The outrage forced Twitter to stop giving out these badges of honor. Twitter released a statement saying, “Today’s application rollout marks the next milestone in our plans to give more transparency, credibility, and clarity to verification on Twitter.”  The updated verification process will be more stringent and will go through a ton of channels before issuing the ‘blue check’. If the application is denied, users will have another opportunity to submit to be verified after 30 days from the initial attempt. Which social media platform do you spend the most time on?

Kourtney Kardashian and Travis Barker say I do, again, in Italy