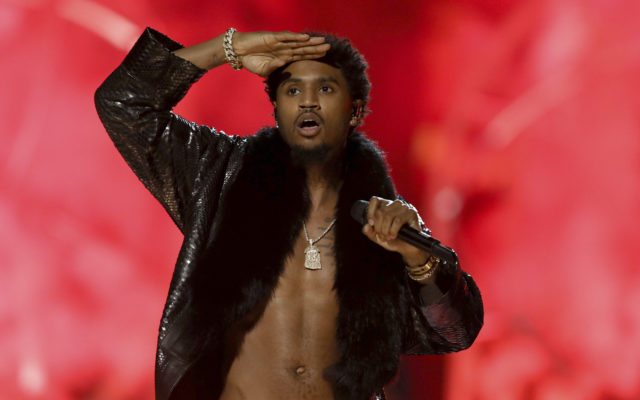 FILE - In this June 25, 2017 file photo, Trey Songz performs at the BET Awards at the Microsoft Theater in Los Angeles. Police say the R&B singer has been arrested on suspicion of felony domestic violence for punching a woman at a Los Angeles party. LAPD spokesman Officer Drake Madison says the 33-year-old whose real name is Tremaine Neverson turned himself in at a Hollywood police station Monday morning, March 19, 2018. Jail records show Songz was released about two hours later on $50,000 bail. (Photo by Matt Sayles/Invision/AP, File)

Trey Songz has been accused of attacking and repeatedly punching a woman at a bowling alley in NYC. The woman alleges that Trey allegedly beat her repeatedly in the bathroom of the bowling facility.

The police have not revealed what provoked this alleged attack, but they are investigating the incident. Trey has been accused of rape and assault in the past, but he has vehemently denied all of those allegations. Songz’s rep said,

A source close to the investigation informs us that TS has been cooperative with authorities and expects that when all the evidence is reviewed, he will be exonerated. This is another instance where those involved try to blame the celebrity with hopes of getting fame or riches.

Why do you think this situation is not a money grab?