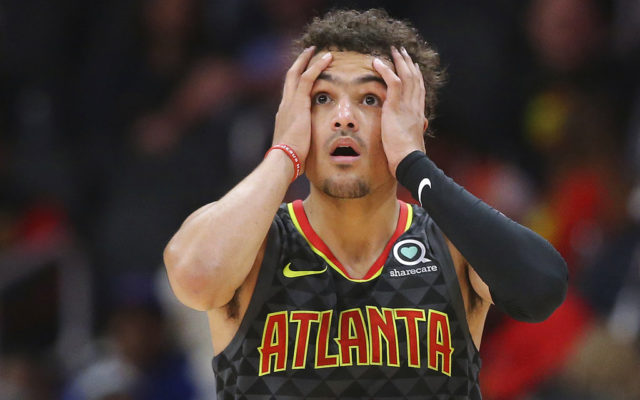 Atlanta Hawks guard Trae Young (11) reacts after being called for an interrupted dribble during the second half of an NBA basketball game against the Miami Heat Saturday, Nov. 3, 2018, in Atlanta. Atlanta won 123-118. (AP Photo/John Bazemore)

Trae Young Gettin Dragged for Jay-Z/Drake Comment Drake released his highly anticipated, Certified Lover Boy album. One of his features on the album is Jay-Z. Atlanta Hawk’s Trae Young tweeted, Yo when we gonna say Drake has passed Hov? Twitter commenced to dragging him. Someone wrote, this man is laser focused on trolling New York. Trae replied, I’m really not. Hov always been #1 in my eyes. Just sayin…y’all like debates. Has Drake surpassed Jay-Z? Is it a fair comparison?