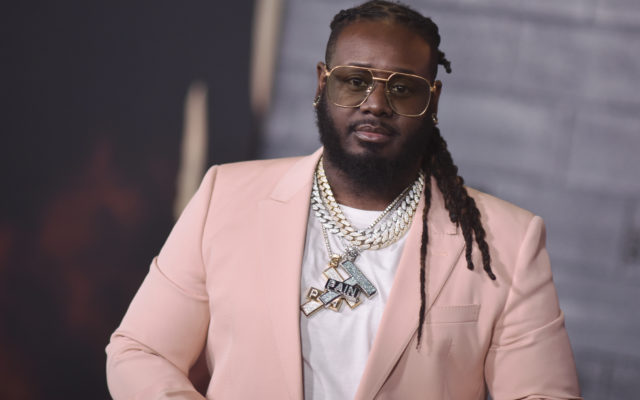 T-Pain attends the LA premiere of "Bad Boys for Life" at the TCL Chinese Theatre on Tuesday, Jan. 14, 2020, in Los Angeles. (Photo by Richard Shotwell/Invision/AP)

T-Pain Reveals List of 19 Collaborators He’s Agreed To Do Records With T-Pain posted a list of 19 people he has confirmed to work with. The list includes Erica Banks, Kelly Rowland, Ty Dolla Sign and more. While he said he is not complaining he said people need to understand the kind of pressure we put on others. He said this is the list he is working through so if you hit him up you will go AFTER he completes this list. He is still catching up on his DMs from way back when. He said he has pushed back his album three times at this point. Which collaboration from his list of 19 do you hope he gets to sooner than later?