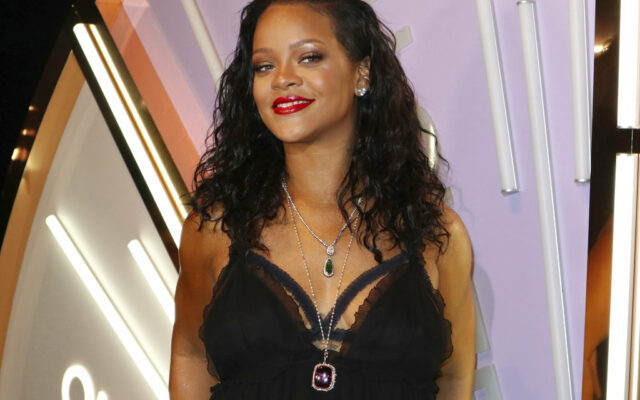 FILE - In this May 10, 2018 file photo, singer and fashion icon Rihanna appears at an event to promote her new lingerie brand Savage X in the Brooklyn borough of New York. Authorities say a man who broke into Rihanna’s Hollywood Hills home and spent 12 hours there has been charged with stalking the singer, who was not at home at the time. Los Angeles County prosecutors say 26-year-old Eduardo Leon of Fullerton was charged Monday with felony counts of stalking, burglary and vandalism, and a misdemeanor count of resisting arrest. (AP Photo/John Carucci, File)

First Snoop advised Rihanna to stop by his Funko store at his Snoopy’s store and his greenroom at the Compound before the game, he promised she would “be just fine.” When asked if he thought Rihanna was nervous about her performance, Snoop stated “not at all,” and explained that true performers live for the big crowd and lights.