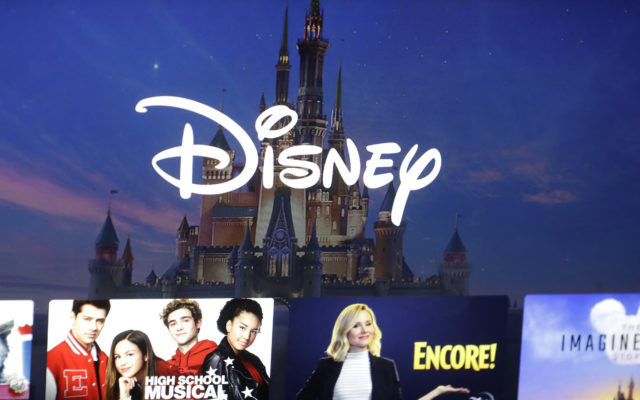 FILE - In this Nov. 13, 2019 file photo, a Disney logo forms part of a menu for the Disney Plus movie and entertainment streaming service on a computer screen in Walpole, Mass. Disney said Monday, Oct. 12, 2020 that it is reorganizing its business units to focus even more on streaming. The company said in August that its Disney Plus service has more than 60 million subscribers, and subscribers to its main combination of streaming services — Disney Plus, ESPN Plus and Hulu — top 100 million. It still plans to launch another international streaming service called Star. (AP Photo/Steven Senne, File)

‘Deadpool’ Coming to Disney Plus This Week Ryan Reynolds’ first foray into the role of Deadpool will hit Disney Plus this Friday.  Before playing the Merc with a Mouth that many have come to love, Reynolds played Wade Wilson in X-Men Origins: Wolverine.  Reynolds playing Wade Wilson came a full seven years before the standalone movie that so many came to love.  The film’s debut will be part of the Marvel Legacy Collection that will debut on Friday.  Did you realize that Reynolds first played Deadpool in X-Men Origins: Wolverine?