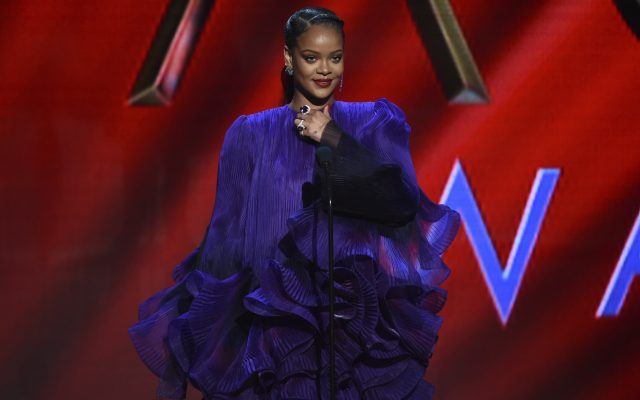 Rihanna Shows Off Her Juicy Pout in New Fenty Beauty Promo Rihanna and boyfriend A$AP Rocky welcomed their first child, a son, in May, and she appears in a video for a new release in July. The “Diamonds” singer showed off her juicy peach pout after applying the limited edition Gloss Bomb Cream in a new YouTube video to promote a new Fenty lip gloss release on Friday (July 1). Rihanna, 34, appeared to film the video in a bathroom while wearing her hair in Bantu knots and smiling sweetly at the end.  The singer has also been spotted in London, where she supported Rocky during his headlining show at Wireless Festival. The singer joined her boyfriend at a barbershop while he got a quick edge up.  What do you think Rihanna’s next move is?