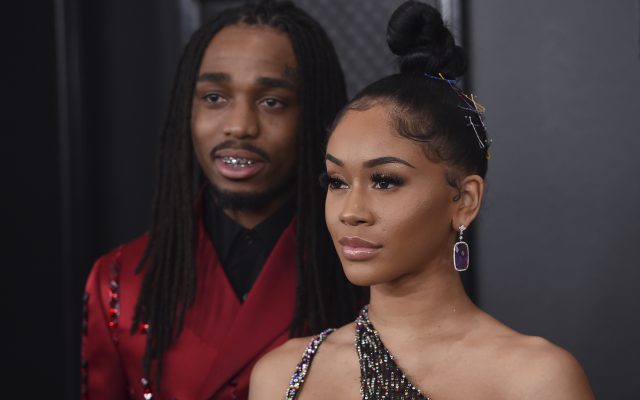 Quavo, left, and Saweetie arrive at the 62nd annual Grammy Awards at the Staples Center on Sunday, Jan. 26, 2020, in Los Angeles. (Photo by Jordan Strauss/Invision/AP)