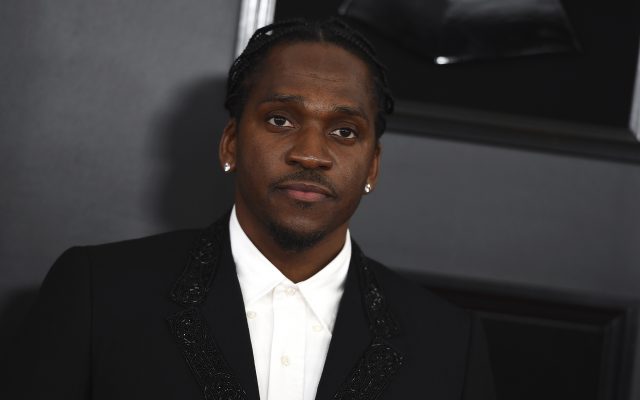 Pusha T arrives at the 61st annual Grammy Awards at the Staples Center on Sunday, Feb. 10, 2019, in Los Angeles. (Photo by Jordan Strauss/Invision/AP)

Pusha T Reveals That Gucci Mane Cussed Him Out Over Failed Collab Pusha T recently revealed that he was once cussed out by Gucci Mane over a failed collaboration. Pusha said, “A day or two goes by, you know, I’m in the studio. I get the song done. I call Gucci. ‘Gucci, I got the song. Boom-boom. You ready?”  He continued, “He never sent me no email, right? So, I hit him back. He was like, ‘Oh, my bad.'” He added, “Dawg, he never sent me the email, right? I called him, he ain’t answer. I’m going on about my day, my business, whatever. I get this text. ‘This why I don’t be f**kin’ with industry n***as.’ Listen, [Gucci Mane] cursed me the f**k out.” Pusha continued, “Listen, verse done. Verse done, ready to give it to him. Talkin’ to me so crazy on this mothaf**kin’ phone, it was no way inside of h**l I was giving him that verse. F**k that verse. I was like, you know what? No! You right! I done reached out. I done called the man, I done reached out to the man. He told me he was going to give it to me, he ain’t give me the thing. I remind him, ‘Yo, send it to me,’ this and that. I must’ve missed the call or something.” Have you ever fallen out with someone over a misunderstanding? How did you resolve the issue?