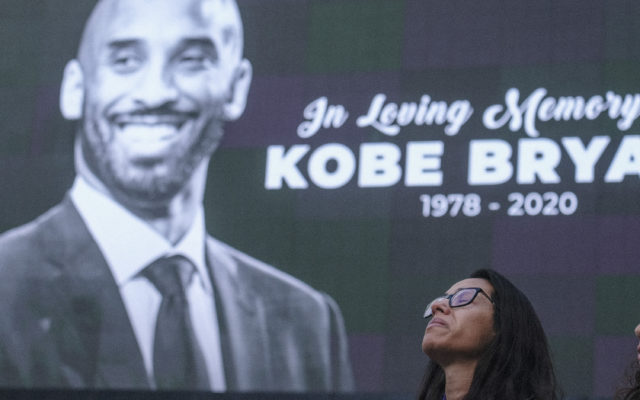 Nicole Mascarenhas reacts in front of a screen with the late Kobe Bryant at a memorial for Kobe Bryant near Staples Center Monday, Jan. 27, 2020, in Los Angeles. Bryant, the 18-time NBA All-Star who won five championships and became one of the greatest basketball players of his generation during a 20-year career with the Los Angeles Lakers, died in a helicopter crash Sunday. (AP Photo/Ringo H.W. Chiu)

A public memorial for Kobe Bryant and the eight others killed in last month’s helicopter crash will be held at Staples Center on February 24, the Los Angeles Times reports.