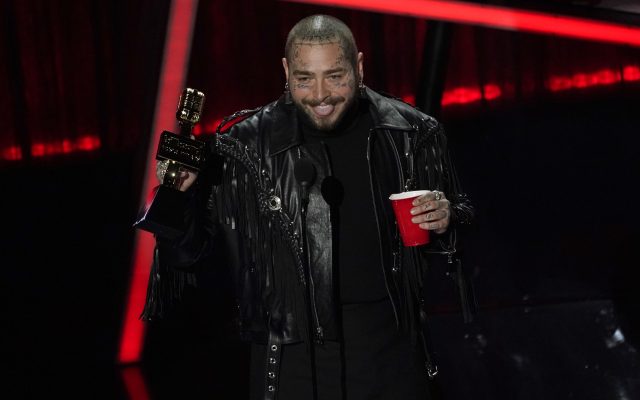 Post Malone is still recovering from a nasty on stage fall that took place last week. The injuries from the fall lead to him postponing a tour stop in Boston this weekend.

Post made the announcement on his IG Story over the weekend, after explaining that his pain has started to ramp up a few days after his accident.

There is no word on whether or not future tour dates will be impacted. I know that everyone near Cleveland is praying that their show Tuesday the 27th will remain on, but I wouldn’t plan on it.

Post has a few more dates in our area left on his tour with Cleveland coming this week and Indianapolis coming this Sunday. We obviously are hoping for Post to make a quick, full recovery. One encouraging note is to see that Post has not lost his sense of humor throughout all of this.