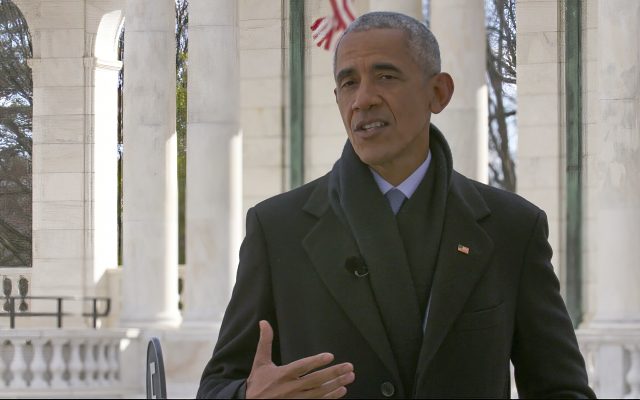 In this image from video, former President Barack Obama speaks during a Celebrating America concert on Wednesday, Jan. 20, 2021, part of the 59th Inauguration Day events for President Joe Biden sworn in as the 46th president of the United States. (Biden Inaugural Committee via AP)

Photos of Obama’s 60th Birthday Party Leak Out Obama and his friends were recently living their best lives celebrating his 60th birthday party.  In one leaked pic, Obama is on the dance floor smiling with a mic in hand. Another photo showed his fancy napkins that read “44×60” in gold lettering. 44 is because he was the 44th president, and 60 is his age.  People in attendance include Jay-Z, Beyoncé, Bradley Cooper, Don Cheadle, Gabrielle Union, Dwyane Wade, Bruce Springsteen, Steven Spielberg, Tom Hanks, George Clooney, Erykah Badu, and Jennifer Hudson. What is the fanciest birthday party you ever attended?