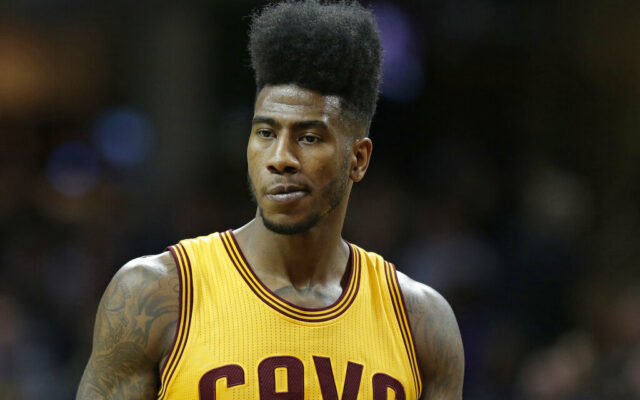 Cleveland Cavaliers' Iman Shumpert is shown during a timeout in the second half of an NBA basketball game against the New Orleans Pelicans, Saturday, Feb. 6, 2016, in Cleveland. (AP Photo/Tony Dejak)

Former NBA Star Arrested For Weed Possession At Dallas Airport Former NBA player Iman Shumpert is facing a drug possession charge after he was caught carrying marijuana through a security checkpoint at Dallas/Fort Worth Airport, the agency reports. The incident happened over the weekend as Shumpert, 32, was preparing to board a Delta flight to Los Angeles, where he was planning to visit his daughter, a rep for the ex-athlete says. However, instead of going to L.A., Shumpert was taken to jail after a screener found a baggie containing 6.12 ounces of marijuana in his backpack, according to the Transportation Security Administration. If convicted, Shumpert — who played for the Cavaliers and Knicks, among other teams — faces up to two years in prison and a $10,000 fine, in accordance with Texas laws. Would it be wrong to send someone to prison for possession of something that’s legal in almost half the country?