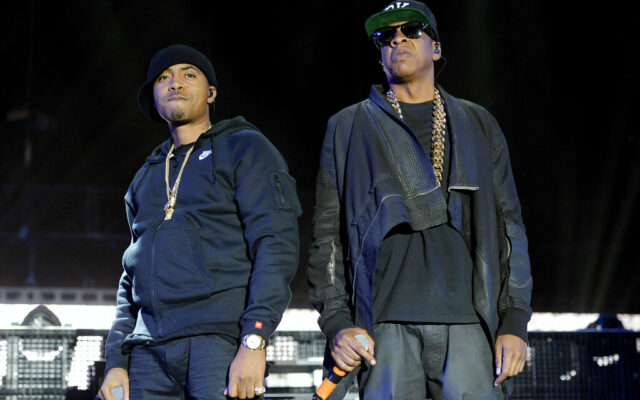 On his latest album King’s Disease 3, Nas revealed that he and JAY-Z occasionally make text-based jokes regarding their old beef.

On “Thun,” a tribute to Queens, New York terminology popularized by the late Prodigy of Mobb Deep, Nas raps about his early days and jokes about how he and JAY-Z text jokes about their longtime beef.

On “Thun” Nas raps about dissecting bars from “Takeover” and being able to laugh at them now with Hov pic.twitter.com/Xh0UmronUw

No beef or rivals, they playing ‘Ether’ on TIDAL / Brothers can do anything when they decide to / In a Range Rover, dissecting bars from ‘Takeover’ / Sometimes I text Hova like, ‘N-gga, this ain’t over,’ laughing.