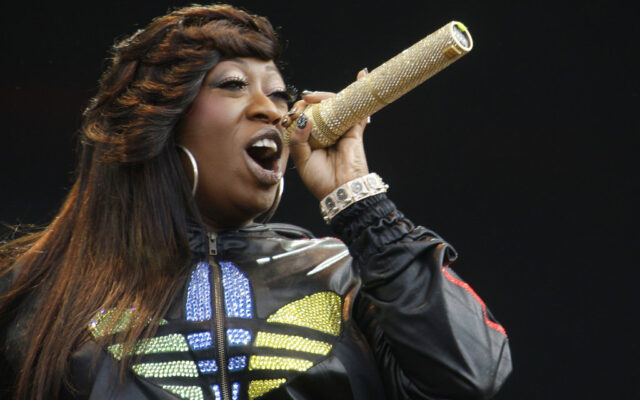 FILE - In this Saturday, July 3, 2010 file photo, Missy Elliot performs onstage at the Wireless Festival in Hyde Park, London. Elliott, one of rap’s greatest voices and also a songwriter and producer who has crafted songs for Beyonce and Whitney Houston, is one of the nominees for the 2019 Songwriters Hall of Fame. (AP Photo/Joel Ryan, File)

🤫🤫🤫Yall Guess who rolled up on me to help me celebrate???😭😭😭 I was so shocked because I invited him but I didn’t think he would come & he did😩🙌🏾🙌🏾🙌🏾😍 Blessed to Be out with this LEGEND/GAMECHANGER! pic.twitter.com/YI8jXRHKJL

Later Wayne met up with Missy to celebrate with her, to her surprise.  She posted a picture of the two of them with the caption;

.@LilTunechi You have Birthed a whole generation after you & Its easy for people to acknowledge Some1’s GREATNESS when their no longer around but I want you to know YOU ARE LEGENDARY no matter who thinks differently YOUR BLUEPRINT is PRESENT!👑No debate💯💕 https://t.co/lNDBJhxsZb pic.twitter.com/9CB5h9VZq2

Which artist deserves their flowers now?