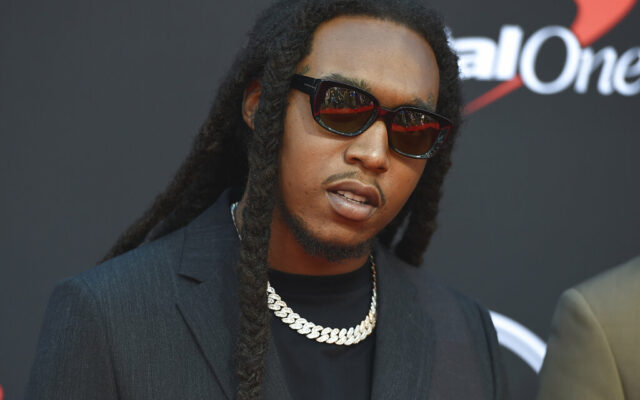 Takeoff, of Migos, arrives at the ESPY Awards on Wednesday, July 10, 2019, at the Microsoft Theater in Los Angeles. (Photo by Jordan Strauss/Invision/AP)

One-third of the group Migos is dead. Takeoff, 28, was shot in Houston, according to TMZ Hip-Hop.

Quavo and his nephew Takeoff were at 810 Billiards & Bowling shooting dice when an altercation occurred, and shots rang out. Takeoff was shot in the head, and died on the scene.  Quavo, who wasn’t hurt, was present on video circulating social media, trying to aid Takeoff.

TMZ reports two other people were taken to the hospital in private vehicles. Takeoff uploaded a bowling selfie hours before the shooting. Quavo released a video of himself traveling around Houston with Jas Prince.

Takeoff’s real name is Kirshnik Khari Ball. Offset was his cousin and Quavo, his uncle. Our thoughts and prayers are with Quavo, Offset, their family, friends, and fans.