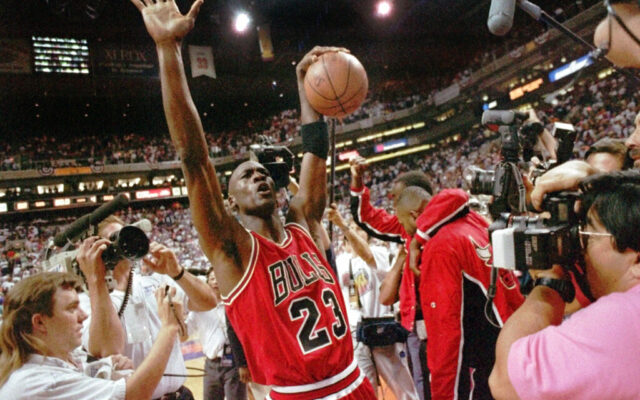 Michael Jordan’s ‘Last Dance’ Jersey Goes Up For Auction A piece of sports history is up for sale – and is expected to fetch millions at auctions. Michael Jordan’s jersey from Game 1 of the 1998 NBA Finals – Jordan’s last-ever Finals trip immortalized in the ESPN documentary The Last Dance – will be auctioned off by Sotheby’s in September. It’s one of just two Jordan jerseys worn in a Finals game to go up for auction, and could fetch between $3-5 million – which would be the most paid for any piece of MJ memorabilia. What do you think the jersey will sell for?  If you could own any piece of sports memorabilia – but could never sell it – what would you choose?