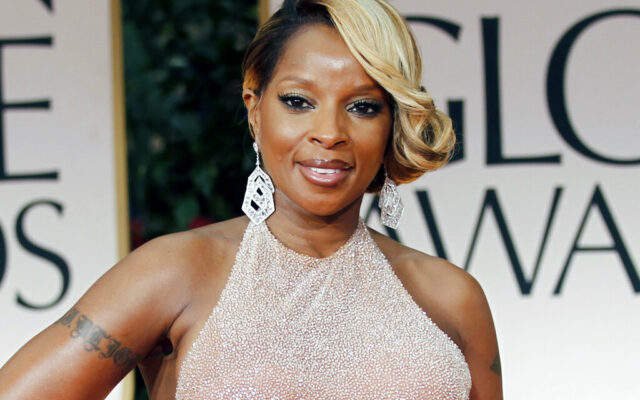 FILE - In this Jan. 15, 2012 file photo, singer Mary J. Blige arrives at the 69th Annual Golden Globe Awards in Los Angeles. A criticized Burger King commercial featuring Mary J. Blige singing about chicken has been pulled, but the fast-food chain is blaming licensing issues for the decision. In it, Blige sings passionately about the ingredients in the chicken snack wraps. But as the video went viral, some in the black community criticized the ad as stereotypical. The black women-oriented website Madame Noire likened it to buffoonery. Burger King said Tuesday the commercial was pulled because of a music licensing concern and that they hope to have the Blige ads back on the air soon. (AP Photo/Matt Sayles, file)

Mary J. Blige Announces 2022 U.S. Tour Mary J. Blige is hittin the road and taking some friends along with her. Mary J. Blige, Queen Naija and Ella Ma. The tour starts in Greensboro, NC on September 17th and ends in Atlantic City, NJ on October 29. The tour is called Good Morning Gorgeous. Tickets go on sale to the general public Friday morning at 10am. For AMEX cardholders tickets are on sale now.