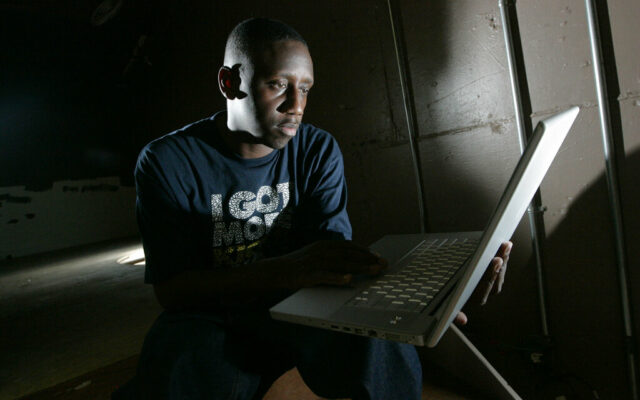 FILE - Record producer Chaka Zulu looks through material, created by his artists, to post to YouTube on Sept. 2, 2008, in Atlanta. Zulu, who manages rap star and actor Ludacris, was injured in a parking lot shooting in an upscale neighborhood north of downtown Atlanta on Sunday night, June 26, 2022. A man was killed and another man was also injured in the incident. (AP Photo/John Amis, File)

Ludacris’ Manager Chaka Zulu Likely Fired in Self-Defense During Deadly Shooting More is being learned about led to Ludacris’ friend and longtime manager, Chaka Zulu involvement in a shooting that led to him getting shot and in ICU. It appears it started from a dispute and a man was denied entry into Chaka’s weekly event. Chaka was walking his daughter and another friend to their car when another man approached. From the surveillance camera, it appears things got heated.  Other men were in the area and a gun was pulled and fired. Chaka fired back. Chaka was shot at least once with the bullet coming dangerously close to his heart