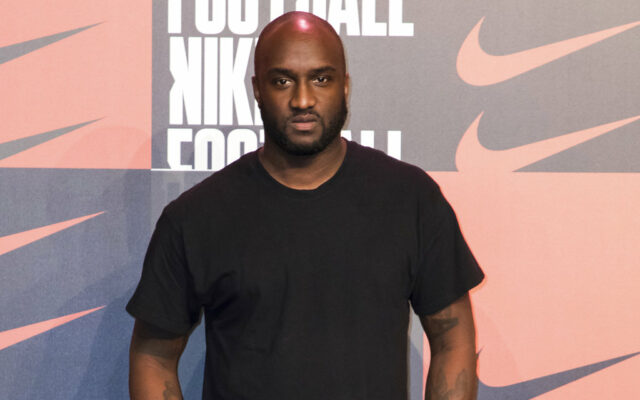 FILE - This is a Wednesday, Feb. 7, 2018 file photo of Virgil Abloh poses for photographers upon arrival at the Nike Celebrates The Beautiful Game event, in London, Paris based fashion house Louis Vuitton has named American Virgil Abloh, the founder streetwear brand Off-White, as its new menswear designer. Abloh will become, alongside Balmain’s designer Olivier Rousteing, one of only two persons of color in charge of a major fashion house. The urban styles of Illinois-born Abloh that are shown in Milan have attracted a legion of fans including rapper Kanye West. (AP Photo/Vianney Le Caer/File)