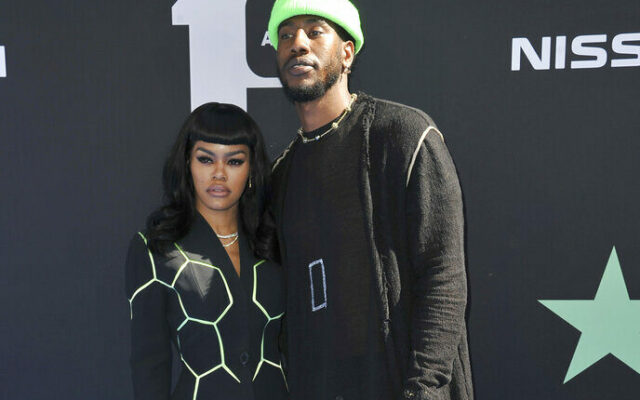 Teyana Taylor, left, and Iman Shumpert arrive at the BET Awards on Sunday, June 23, 2019, at the Microsoft Theater in Los Angeles. (Photo by Richard Shotwell/Invision/AP)

Iman Shumpert and Teyana Taylor recently celebrated their 6-year anniversary, and Iman gave Teyana a corvette as a gift. Iman also posted a sweet message to his wife on Twitter

Which symbolic gift have you received that meant the most to you in your life?