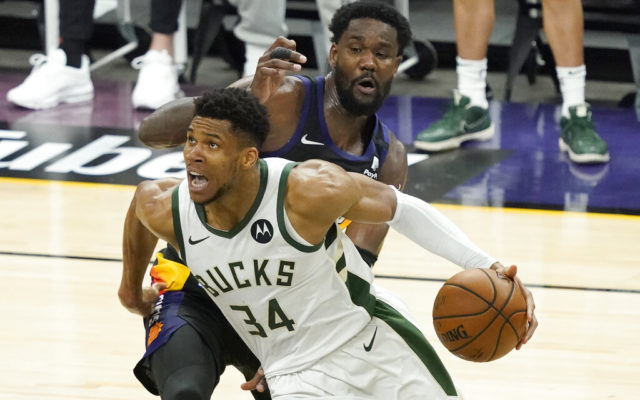 Giannis Celebrates Title Win By Ordering Chick-Fil-A Giannis Antetokounmpo is celebrating his NBA championship the traditional way – by ordering Chick-fil-A. On Wednesday morning, Giannis drove around hitting up Milwaukee-area Chick-fil-A’s, asking for ‘free Chick-fil-A for life?’ after winning the NBA title. Oh, and did we mention that he was carrying his Finals MVP Award in his lap? Giannis streamed the encounters on Instagram Live – at one point ordering “A 50-piece Chik-n-Minis… 50 exactly – not 51, not 49…” – a reference to the 50 points he scored in Tuesday’s series-clinching Game 6.   If you won an NBA title, how would you celebrate?