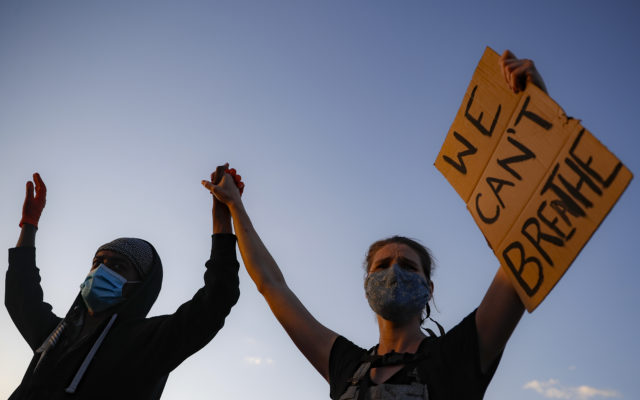 Protestors demonstrate on University Avenue while holding a "WE CAN'T BREATHE" sign and wearing protective masks, Thursday, May 28, 2020, in St. Paul, Minn. Protests over the death of George Floyd, a black man who died in police custody Monday, broke out in Minneapolis for a third straight night. (AP Photo/John Minchillo)

VIA: MINNEAPOLIS (WCCO) — Fired Minneapolis police officer Derek Chauvin has been arrested four days after George Floyd’s fatal arrest that sparked protests, rioting and outcry across the city and nation, and Hennepin County Attorney Mike Freeman announced he has been charged with third-degree murder and manslaughter.

“We have now been able to put together the evidence that we need. Even as late as yesterday afternoon, we did not have all that we needed,” Freeman said, before saying that he was unable to speak to specific pieces of evidence and which one specifically was needed to file charges.

“This is by far the fastest that we’ve ever charged a police officer,” Freeman said.

Freeman says the other officers involved are under investigation and he “anticipates charges.”

“But I’m not going to get into that,” he said. “Today, we’re talking about former officer Chauvin.”

Mayor Jacob Frey called the decision to charge “an essential first step on a longer road toward justice and healing our city.”

“What’s happened in Minneapolis is bigger than any one city and any single event,” Frey said. “For our Black community who have, for centuries, been forced to endure injustice in a world simply unwilling to correct or acknowledge it: I know that whatever hope you feel today is tempered with skepticism and a righteous outrage.”

Ben Crump, the attorney representing Floyd’s family, released a statement on their behalf, saying that they were expecting first-degree murder charges.

“We call on authorities to revise the charges to reflect the true culpability of this officer,” the statement said.

Chauvin is the former officer in the video seen around the world with his knee on Floyd’s neck for at least five minutes. He’d been with Minneapolis police for 19 years.

The video images of the incident that ended with death of Mr. Floyd, while in custody of Minneapolis police officers, were harrowing to watch and deeply disturbing.  The state prosecutor has been in the process of determining whether any criminal charges are appropriate under state law.  On a separate and parallel track, the Department of Justice, including the FBI, are conducting an independent investigation to determine whether any federal civil rights laws were violated.  Both state and federal officers are working diligently and collaboratively to ensure that any available evidence relevant to these decisions is obtained as quickly as possible.  Under our system, charging decisions must be, and will be, based on the law and facts.  This process is proceeding quickly.  As is the typical practice, the state’s charging decisions will be made first.  I am confident justice will be served.

On Monday at 8 p.m., Minneapolis police said officers were called to the intersection of Chicago Avenue and East 38th Street on a report of someone trying to use a forged document at Cup Foods.

Police initially said Floyd was resisting arrest and had a medical incident. However, video obtained by CBS News shows Floyd cooperating with officers, at least in the initial moments of the encounter.

A bystander’s video showed Floyd pleading that he could not breathe as a white officer — identified as Chauvin — knelt on his neck and kept his knee there for several minutes after Floyd stopped moving and became unresponsive.

The other officers involved were identified as Tou Thao, Thomas Lane and J Alexander Kueng, both with the department for fewer than three years. All four officers were fired a day after Floyd’s death. As of yet, none of those three have been reported as having been taken into custody.

The incident drew comparisons to the case of Eric Garner, an unarmed black man who died in 2014 in New York after being placed in a police chokehold. He also said the words “I can’t breathe” while being arrested. The phrase has become a rallying cry for protests over police brutality.

The video of Floyd’s fatal arrest circulated widely on social media, sparking protests in Minneapolis and cities across the country.

On both Tuesday and Wednesday, protests began with peaceful demonstrations near where Floyd was pinned to the ground, but violence later broke out near the 3rd Precinct police station. Wednesday evening’s protests involved more than 30 fires, destruction of businesses and looting.

Earlier Friday, Minnesota Gov. Tim Walz said the looting and arson must come to an end so that state can address the problems that led to Floyd’s death.

“We cannot have the looting and recklessness that went on,” he said. “It’s time for us to clean our streets.”

At that same press conference, Harrington, the commissioner of public safety, called Floyd’s death a murder.

Floyd’s death is being investigated by the U.S. Attorney’s Office, FBI in Minneapolis and the Department of Justice Civil Rights division. 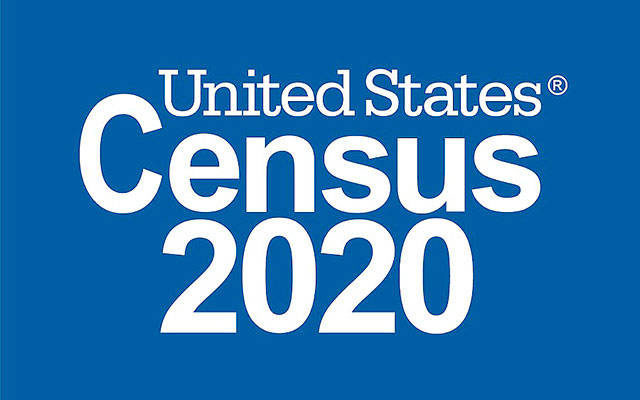 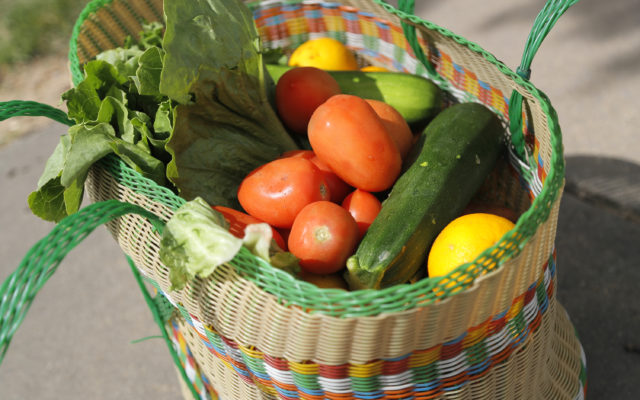 Roland Martin on The Breakfast Club 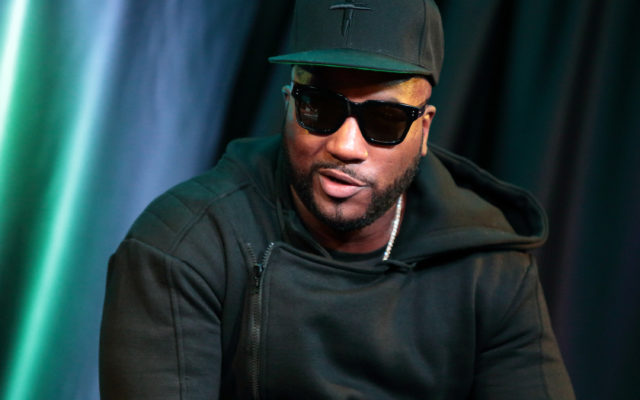