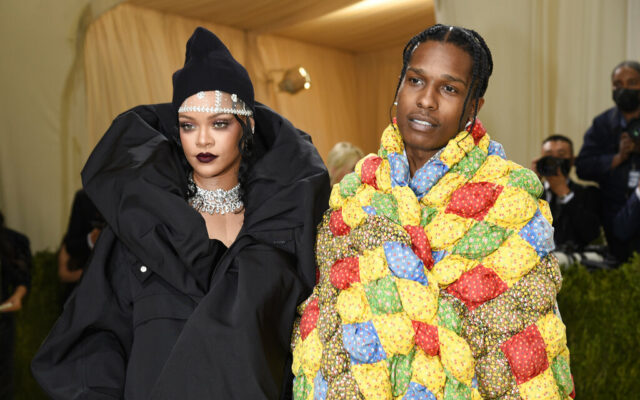 Rihanna, left, and ASAP Rocky attend The Metropolitan Museum of Art's Costume Institute benefit gala celebrating the opening of the "In America: A Lexicon of Fashion" exhibition on Monday, Sept. 13, 2021, in New York. (Photo by Evan Agostini/Invision/AP)

Donald Trump Threatened Trade War Over A$AP Rocky Arrest Donald Trump allegedly threatened a trade war with Sweden over A$AP Rocky’s arrest according to Morgan Johansson, who is the minister of justice and home affairs. Morgan said, “If you can try and do something like this against Sweden, what will you then try and do to slightly weaker countries that don’t have the European Union behind them?” Rocky, at the time of his release from Sweden, said, “In reality, I had no problem saying thank you to the man, especially if he helped me.” He continued at the time, “That’s the narrative they pushin’: That he got me out. And he didn’t free me. If anything, he made it a little worse.” How can you tell if what you are reading online is true or not?