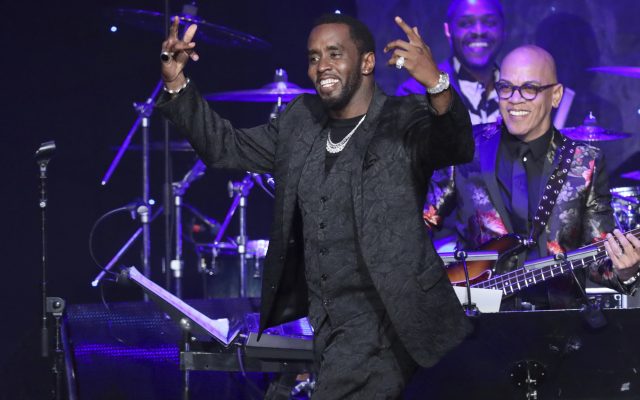 Sean Combs walks on stage to accept the 2020 Industry Icon award at the Pre-Grammy Gala And Salute To Industry Icons at the Beverly Hilton Hotel on Saturday, Jan. 25, 2020, in Beverly Hills, Calif. (Photo by Willy Sanjuan/Invision/AP)

Diddy Clears the Air on Sha’Carri Richardson Tweet Diddy tweeted his thoughts about Sha’Carri Richardson not going to the Olympics. He said in part, his heart was broken for her having her lifelong dream stripped away from using a legal substance. He continued, I’m tired of white people sitting in a room making up decisions that affect our hopes and dreams. They will keep treating our athletes like slaves and entertainment until we shut down on these people. He followed up that tweet saying, to be absolutely clear about my previous tweet, the point I’m making is that marijuana has been used against my people since some white people in an office (DEA/FBI) saw it as a way to entrap Black Jazz artists to shut down the movement happening in Harlem. He concluded by saying, let me be very clear, marijuana does not make you run faster. That’s a fact. This whole situation is BS and if they let Michael Phelps swim they should #LETHERSWIM. Note: Michael Phelps use of marijuana was found months AFTER the 2008 Olympics. He swam clean as athletes are regularly tested.