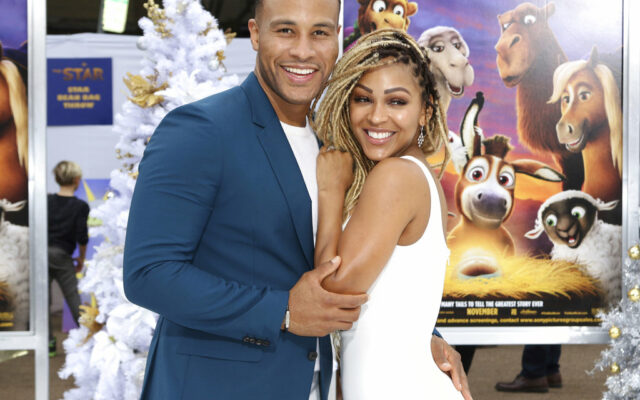 DeVon Franklin, left, and Meagan Good arrive at the LA Premiere of "The Star" at The Regency Village Theatre on Sunday, Nov. 12, 2017, in Los Angeles. (Photo by Willy Sanjuan/Invision/AP)

DeVon Franklin Says He’s Resisting ‘Temptation To Place Blame’ Amid Divorce From Meagan Good DeVon Franklin was on the red carpet doing press for Lifetime’s Married at First Sight. Talking about his divorce from actress Meagan Good he said he has caught himself and had to stop himself from placing blame about their divorce. I found that it’s important to resist the temptation to place blame, take responsibility. Sometimes in relationships it’s very easy to say, ‘oh that person’s the problem.’ No, look in the mirror and say, ‘what’s my part in this and what can I do to make changes in myself?’