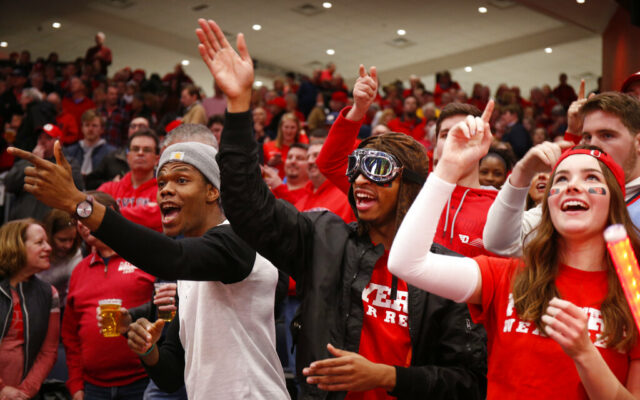 Dayton fans cheer the team before an NCAA college basketball game against Davidson on Friday, Feb. 28, 2020, in Dayton, Ohio. With no major-league-level pro sports teams in Dayton, the Flyers have long been popular in the city, which annually hosts the “First Four” games to begin the NCAA Tournament. A record 14 sellouts this season of the 13,409-seat arena have helped keep the Flyers fired up. (AP Photo/Gary Landers)
The Dayton Flyers announces the second straight sold-out men’s basketball season.

How many games will the Flyers win this season?