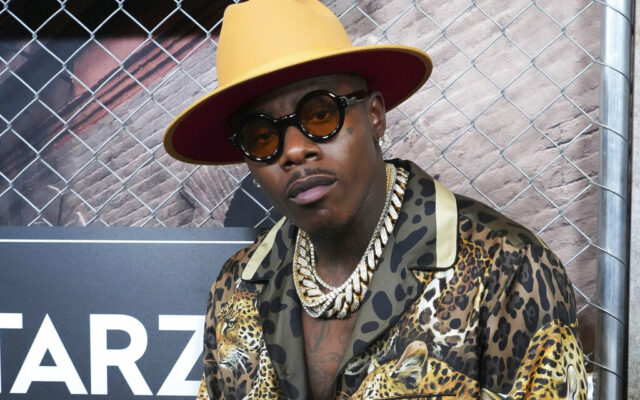 After coming up with a plan to sell tickets as Buy One Get One Free, DaBaby is getting clowned.  The rapper has a show at a 1,300-capacity arena in Birmingham, Alabama, and the BOGO option sent fans into a frenzy.

I don't think I've ever seen buy one, get one free tickets for a concert before pic.twitter.com/vvIATCvyOa

DaBaby selling his tickets BOGO has got to be the saddest shit ever for a rapper. And it’s crazy cause nobody else hurt his career more than he did. Talk about self sabotage, a lack of situational awareness, and ego.

Nah BOGO concert tickets are wild 😭 DaBaby went from mocking people with HIV & AIDS at a packed concert to having to sell his concert tickets for BOGO 😭 $52 for two.. $45 for one…… Chile. He must’ve forgot to take Madam Zeroni up the mountain cause wtf😮‍💨😭 https://t.co/7jMhFg27M2

How so you think DaBaby can resurrect his career? What weird ticket incentive have you come across?