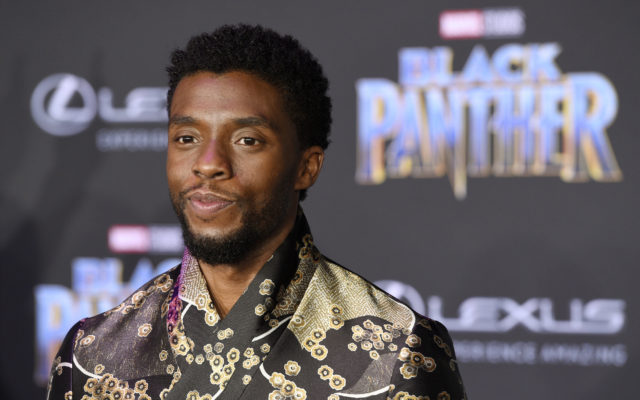 FILE - In this Jan. 29, 2018 file photo, Chadwick Boseman, a cast member in "Black Panther," poses at the premiere of the film in Los Angeles. The box office hit has been nominated for various awards and is poised to be the first comic book film to be nominated for an Oscar for best picture. (Photo by Chris Pizzello/Invision/AP, File)