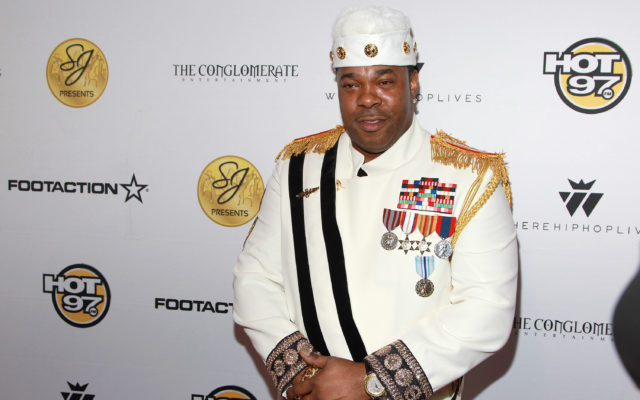 IMAGE DISTRIBUTED FOR FOOTACTION - Rapper Busta Rhymes attends the Busta Rhymes and Hot 97's 'Hot for the Holidays' concert presented by Footaction on December 5, 2015 at The Prudential Center in Newark NJ. Hot for the Holidays is part two of Footaction's East Coast/West Coast holiday takeover during which the national lifestyle apparel and footwear retailer is bringing the gift of music and style to its fans on both coasts. (Photo by Donald Traill/Invision for Footaction/AP Images)

Busta Rhymes To Be Honored As Bmi Icon Busta Rhymes has been named the 2022 BMI Icon and will receive his award at this year’s BMI R&amp;B/Hit Hop Awards. A press release announcing the award says, “As one of the pioneers of Hip Hop, we are excited to honor Busta Rhymes as a BMI Icon. Through his award-winning solo work, countless collaborations and acting, Busta is a true innovator in every sense of the word and has made a dynamic impact on legions of fans and music creators worldwide.” The awards will take place at the LIV Nightclub in Miami on September 7. What’s your favorite Busta track?