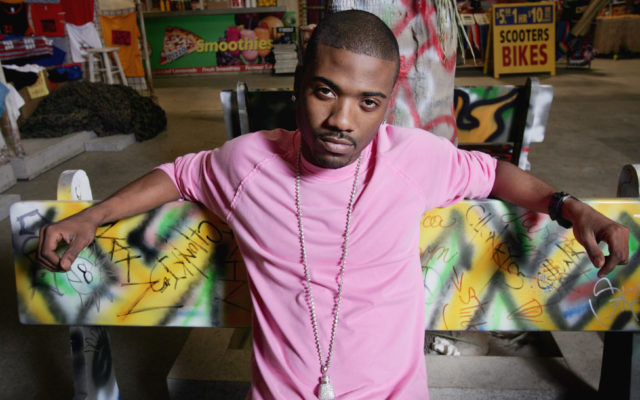 Brandy Discusses Ray J’s Tattoo Of Her: “I’m Just Glad He Got A Tattoo Of Me” Brandy was flattered when her brother Ray J got a tattoo of her, but she didn’t understand it at first. Speaking with TMZ recently, she also said that she’d be open to getting a tattoo of him, but that it’d have to be much more subtle. Ray J’s tattoo spans across his leg and features a portrait of Brandy with “Best Friends 4 Ever” written over her forehead, along with glowing pink eyes. “It was meant to be that way,” Brandy told the outlet, outside of the unveiling of Jenifer Lewis’ Hollywood Star. “It’s like a Basquiat-type of style. I didn’t understand it at first… but then he explained it to me and showed me the tattoo artist’s whole page, and it was amazing.” “It could’ve been a different tattoo,” she told TMZ. “I’m just glad he got a tattoo of me.” Brandy says while she’s open to getting a tattoo of her brother, it would be subtle, “His name, something simple. Maybe in the back of my ear,” said Brandy. Do you have a tattoo that didn’t turn out the way you had hoped? Tell your story.