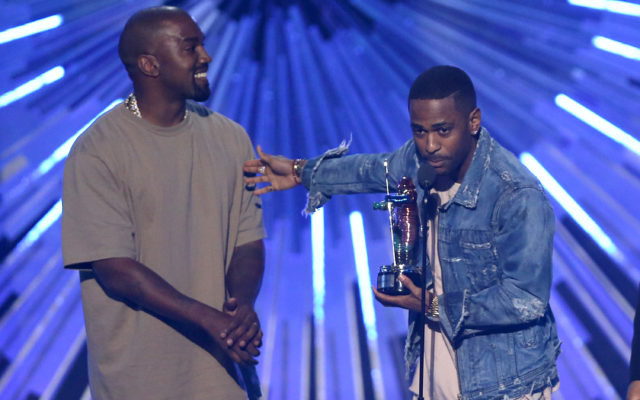 Kanye West, left, and Big Sean accept the award for video with a social message for One Man Can Change the World at the MTV Video Music Awards at the Microsoft Theater on Sunday, Aug. 30, 2015, in Los Angeles. (Photo by Matt Sayles/Invision/AP)

Big Sean Talks His Acting Debut & Plans to Write A Movie Big Sean says losing visionaries like Virgil Abloh, Nipsey Hussle, and Chadwick Boseman has left him wanting to do more.  Sean recently appeared in Lena Waithe’s “Twenties” as the anti-social media guy, Tristan. Sean says he wants to do more acting, write a movie and a book as well push his boundaries with music.  “Time is so not guaranteed. You just have to do it,” says Sean.  What is on your bucket list?