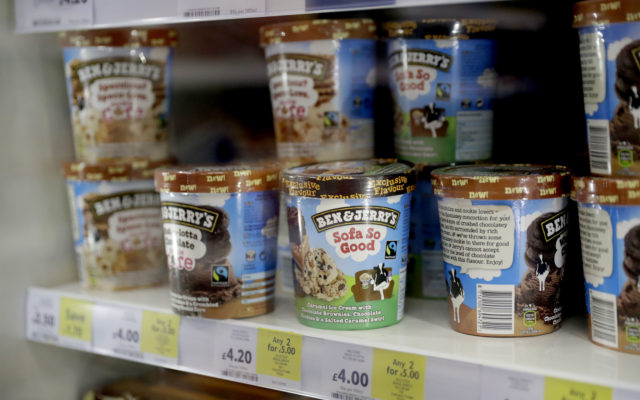 Containers of "Ben & Jerry’s", an ice cream brand owned by the Anglo-Dutch multinational Unilever, stand on sale in a branch of Tesco in central London, Thursday, Oct. 13, 2016. Britain's biggest supermarket chain, Tesco, has pulled cherished products such as Marmite spread and Ben & Jerry's ice cream from its website amid a dispute with consumer goods giant Unilever. (AP Photo/Matt Dunham)