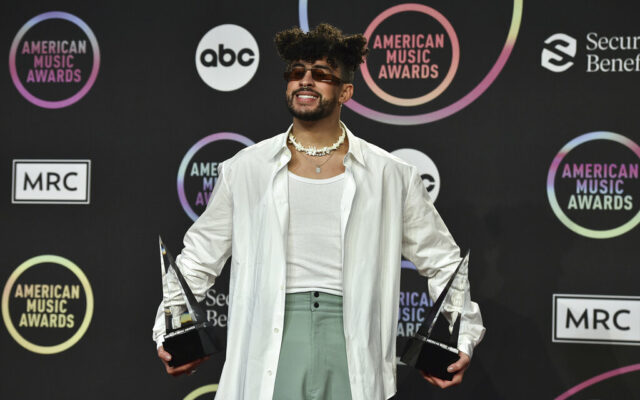 Bad Bunny poses in the press room with the awards for favorite latin album for "El Ultimo Tour Del Mundo" and favorite male latin artist at the American Music Awards on Sunday, Nov. 21, 2021, at Microsoft Theater in Los Angeles. (Photo by Jordan Strauss/Invision/AP)

Bad Bunny has been named Artist of the year by Apple Music. The Vice President of Apple Music and Beats released a statement saying,

We’re thrilled to celebrate the unmatched achievements of Bad Bunny, whose influence on every corner of culture could not be ignored in 2022.

He is also the first Latin artist to win this award. Previous winners include Billie Eilish, Lil Baby, Megan Thee Stallion, Taylor Swift, and The Weeknd.

What is your favorite Bad Bunny song?