AMC, largest cinema chain in US, announces boycott of Universal 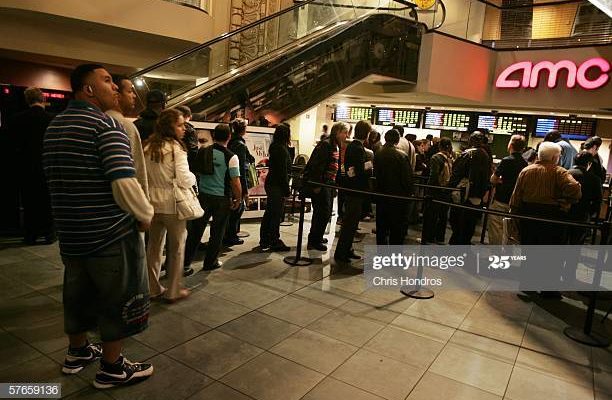 AMC, the US’s largest cinema chain, has said it will refuse to show movies released by Hollywood studio Universal. The latter had just declared it would continue to release films simultaneously via cinemas and streaming, after the coronavirus pandemic restrictions are lifted.

AMC’s move came in a letter from its CEO Adam Aron to Universal chair Donna Langley, published in Deadline, in which he wrote: “We want to be absolutely clear … AMC believes that with this proposed action to go to the home and theatres simultaneously, Universal is breaking the business model and dealings between our two companies.”

Aron added: “Universal’s unilateral actions and intentions have left us with no choice. Therefore, effectively immediately AMC will no longer play any Universal movies in any of our theatres in the United States, Europe or the Middle East.”

Universal has reported that Trolls World Tour has made almost $100m since its US release on 10 April, of which a far larger proportion will go directly to the studio than if it had had a cinema release. By comparison, Trolls had earned just over $120m at a similar stage in its US domestic run.

Aron’s position was echoed by the National Association of Theatre Owners, who said in a statement: “While Universal may be pleased with the PVOD results of Trolls World Tour, this outcome should not be interpreted as a sign of a ‘new normal’ for Hollywood.”

Universal responded to Aron in a statement that said: “We absolutely believe in the theatrical experience and have made no statement to the contrary. As we stated earlier, going forward, we expect to release future films directly to theatres, as well as on PVOD when that distribution outlet makes sense.”

The studio has already confirmed plans to release the Pete Davidson/Judd Apatow comedy King of Staten Island straight to streaming, but the latest in its Fast and Furious action franchise, F9, appears to be on track for a delayed cinema release in April 2021. Warner Bros is due to premiere its Scooby Doo update Scoob! on streaming in May, while Artemis Fowl, originally planned for a cinema release, will go on Disney+ in June.